“He’s come good,” Tom, who lost an iron at the second last, but kept his nerve in victory, told me.

“I lost an iron – in what was a very rough race. If I hadn’t lost an iron I could have gone too early!,” said Tom.

Rukwa went to post 6-5f after being well supported on the back of finishing second at Newcastle on Saturday, gaining a 1 1/4 lengths win over Emma Lamb, with Shanroe Tic Tec, third: “Thanks to connections for letting me ride him,” said Tom.

“He was kicking the door down for his feed on Sunday, after finishing second at Newcastle – so he had to go again,” said trainer Sam England. 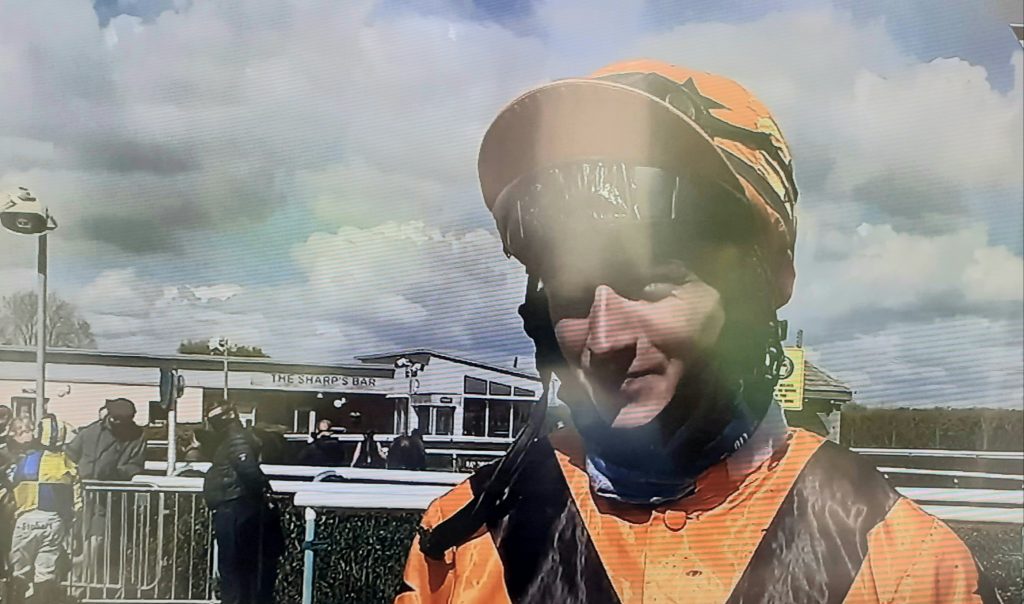 Tom, 19, who rode Tim Easterby trained Lulu Baloo (16-1) to victory at Newcastle on Saturday, rode Coup De Gold (16-1) to a place at Carlisle on April 3, tipped by fromthehorsesmouth.info and finished third on Chase The Wind at Sedgefield on April 9.