Aidan O’Brien trained Little Big Bear – tipped by fromthehorsesmouth.info – landed a big gamble on the second day of the 2022 Royal Ascot meeting on Wednesday, when landing the Windsor Castle Stakes. 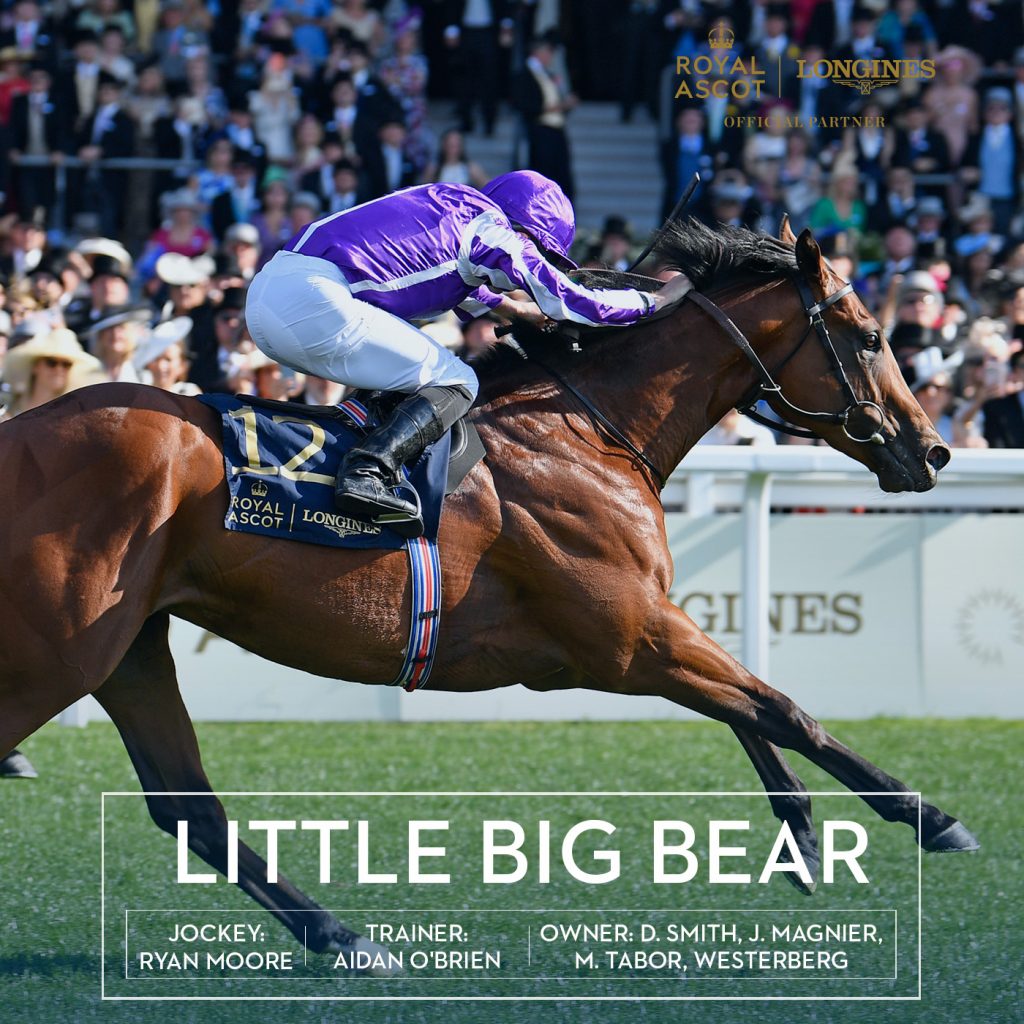 Little Big Bear, ridden by Ryan Moore, came from behind in the 5 furlongs race, to gain a neck win ahead of Rocket Rodney.

“It was a good performance from a horse who is still learning,” said Moore.

“He’s a horse with a lot of speed and he’ll get better. He’s a big horse, and won it comfortably,” added Moore.

Little Big Bear was O’Brien’s 77th Royal Ascot win: “We were just a little off the pace, but Ryan gave him a great ride. Horses need to be educated and he’d only had two races,” said O’Brien.

Bay Bridge (10-11f) tipped by fromthehorsesmouth.info, trained by Sir Michael Stoute, was turned over by State Of Rest, trained by Joseph O’Brien under Shane Crosse, to land the St James’s Palace Stakes by 1 length.

“It was a brilliant ride, on a very tough horse. It couldn’t have worked out any better,” said O’Brien, who was chalking up his first winner as a trainer at Royal Ascot.

“My first winner here has been a long time coming and to win the Prince of Wales’s Stakes is very special,” added O’Brien.

Crosse said: “Fair play to this horse – I’m just over the moon! To win for the first time at Royal Ascot is a dream come true.”

Dramatised won the G2 Queen Mary Stakes, under Danny Tudhope: “So much talent and so much speed – she’s unbelievable,” said Tudhope.

Winning trainer Karl Burke said: “She’s shown a lot of speed at home and there’s still more to come, I’m sure. Definitely a Group One horse – and a ‘Diva’,”.

“I love Royal Ascot and it’s such a special win. Charlie is one of my close pals and I can’t thank him enough for supporting me,” said McDonald.

“It was a worry if we got in the race. James is a great guy and good family friend. It’s a proud day,” said Hills.

The Group 2 Queen’s Vase over 1m 6f was won by Roger Varian trained Elgar Eldarov: “The ground was a concern – and I didn’t know we’d won crossing the line,” said Varian.

Elgar Eldarov gained a tight nose verdict over Zechariah – with some quarters voicing it was a dead-heat. Winning jockey David Egan said: “I’ve never hit the winning line so strong!”.