Noble Yeats ridden by Sam Waley-Cohen landed the £1m 40 runners Randox Aintree Grand National in a fairytale end to his riding career – having announced his retirement.

“I can’t say anything, I can’t believe it,” said winning jockey Waley-Cohen, who celebrated the victory with his family.

“I have to say thank-you, as it’s my last ever ride, to Dad – Robert Waley-Cohen – he’s had unwavering belief and love for 23 years. 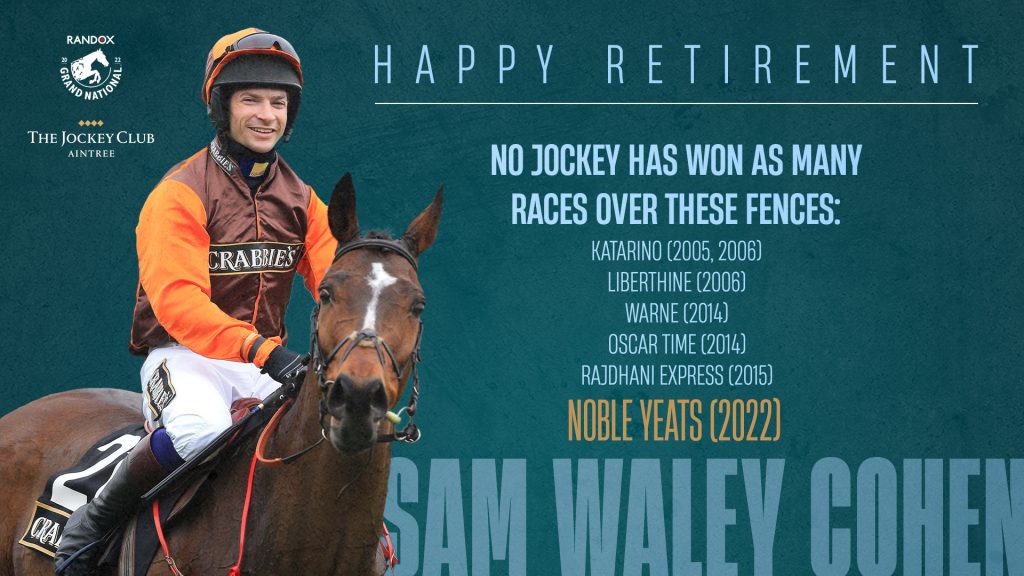 “It’s been a love affair. That’s beyond words, it’s a fairytale and a fantasy. I’m full of love and happiness and gratefulness,” said Sam Waley-Cohen.

Noble Yeats was purchased from former owner Paul Byrne in February: “It was a long-term plan and it seems to have come off in the end, I don’t know how.

“We were probably more confident a month ago, the closer we got to it everyone was talking up their chances but the horse didn’t know any different. The form was there.

“We haven’t had the best of luck lately and it’s surreal. It’s only since February we’ve had him and he’s taken everything in his stride. The horse keeps trying, relentless.

“There was plenty of drama in the race. We thought we had a bit up our sleeves, but you can never tell,” added Mullins.