Willie Mullins said Monkfish – tipped by fromthehorsesmouth.info – winning the Brown Advisory Novices’ Chase over 3m on day two of the Cheltenham Festival was the most nerve-wracking race he had ever watched.

“That was probably the most nerve-wracking race I’ve watched – there’s so much that can go wrong,” said trainer Mullins, after saddling his 74th winner at the Festival.

In what was a ‘scrappy’ display under jockey Paul Townend, seven-year-old Monkfish was also hindered by a loose horse at the last fence.

“It was heart stopping with the mistake at the last. He was unsettled early in the race but he is such a good horse and looks a smart one for the future,” added Mullins.

Monkfish (1-4f) beat Fiddlerontheroof (40-1) 6 1/2 lengths in the six runners field. Jockey Townend said: “He wasn’t foot perfect – but got the job done. The further up the hill we went, the better.” 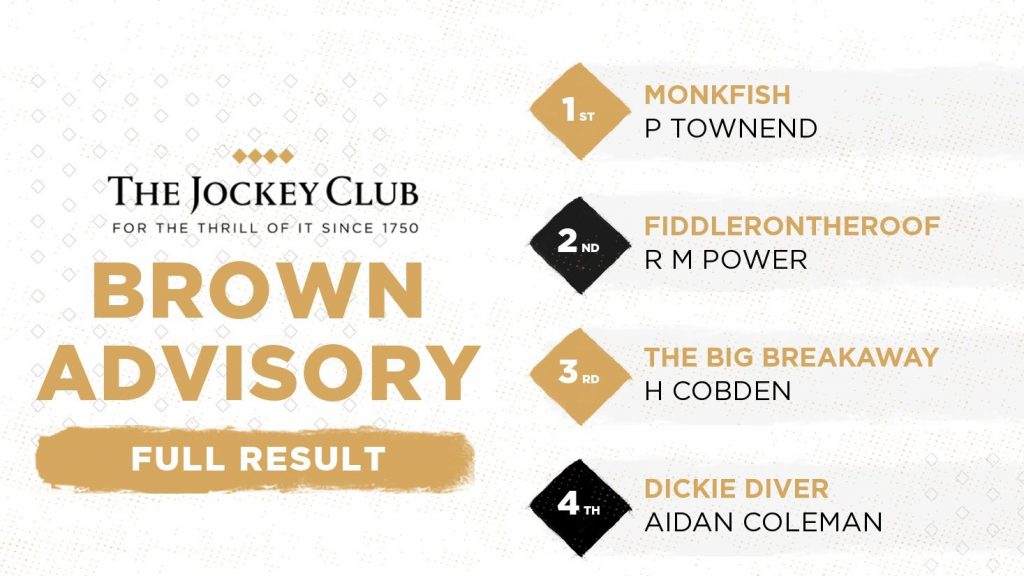 Monkfish, not fluent at all his fences, took the lead three fences from home and escaped a mistake at the last to win.

“There’s a lot of pressure on riding these fancies horses and at times we wasn’t on the same sheet.

“He’s still growing up. I thank the team for all the work they’ve done in getting us here,” added Townend.