Quote: ‘I believe holding the St Leger festival behind closed doors is the right thing to do for the safety of the borough, given the latest change in government’s advice overnight and the increase in infection rates both in Doncaster and nationally. I welcome this decision’ – Doncaster mayor Ros Jones.

The final three days of the St Leger meeting will be without spectators after the director of public health for Doncaster instructed the course to stage racing on Thursday, Friday and Saturday behind closed doors.

Dr Rupert Suckling said the current rate of infection for the borough had breached ten infections per 100,000 people, leading him to instruct the track to close the doors to spectators after Wednesday.

From September 7 social gatherings of more than six people are to be banned, due to an increase rise in Covid-19 cases.

Prime Minister Boris Johnson is to outline planned protocol for sports pilots events in a news briefing at 4pm (UK time) on Wednesday.

Suckling announced the course will continue behind closed doors from Thursday to Saturday (September 10-12).

“The current rate of infection for the borough currently stands at 10.6 infections per 100,000 people which I have been updated on today, and this is an increase due to a range of factors including an increase in testing and a lag in the test results coming in.

“Therefore, on the grounds of public health and safety I have instructed the racecourse to hold the St Leger festival behind closed doors from Thursday.

“The opening day’s racing will continue as it is safer to manage racegoers on site, and with enhanced test and trace it will be easier to identify where they are from rather than closing the event and leaving people to their own devices in Doncaster and the borough generally.

“I appreciate this decision may not be met with universal agreement but it is the safest and most appropriate way to move forward for everyone’s best interests in the borough and beyond.”

The Doncaster St Leger meeting saw spectators on course for the first time since March, with an estimated 2,500 spectators expected to be on Town Moor for the first day of the four-day meeting.

More than 20,000 spectators had been anticipated over the four days meeting. Staff at Doncaster will be contacting those customers with tickets following the announcement.

Mark Spincer, managing director of Arena Racing Company’s racing division, said: “We have had confirmation from the local authority that we will not be able to admit a crowd to the final three days of the St Leger festival, Thursday 10 to Saturday 12 September.

“The race meeting will continue on a behind-closed-doors basis, as per all other race meetings currently taking place in Britain.

“This pilot event represents a hugely important step not just for our business but for the whole of British racing as well as the sports and hospitality industries as a whole.

“We do, of course, fully understand and respect the decision and will be contacting all of our customers booked for the remaining three days as a matter of urgency.

“We were pleased to work closely with Doncaster council to set up this pilot event in the manner that we had but matters beyond anyone’s control, and the data regarding local rates that have come to light today, mean we will not be able to welcome a crowd from Thursday onwards.

“We would, of course, like to thank all of our customers for their support in the run up to this event as well as our staff who have done a monumental job in preparing the site.”

Speaking on Sky Sports Racing, Spincer said: “Ever since the outset we knew the procedures and policies we had to have in place had to be very robust and I’m very comfortable that they are and the team have done an amazing job. 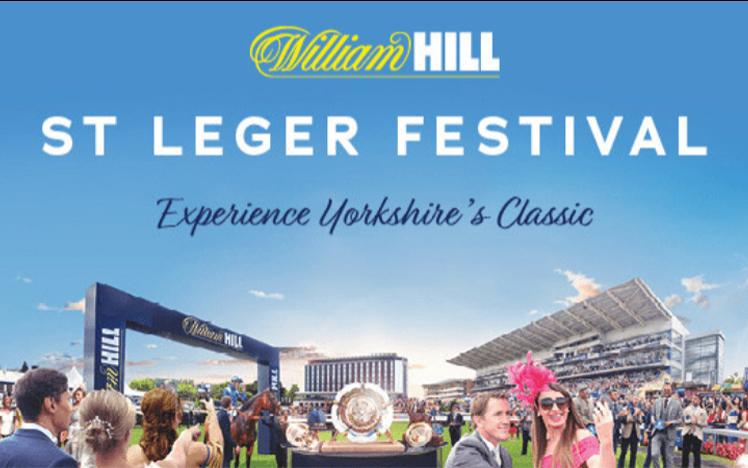 “However, on situations outside of our control through Public Health Doncaster, there are two key factors that have changed in the last 24 hours that only became known to them this morning.

“One is the number of cases have significantly spiked in the last 24 hours up to 8.30am this morning and secondly with the government policy changes last night. Public Health Doncaster feel there is no option but to remove our safety certificate for the public over the next three days.”

Doncaster council chief executive Damian Allen said: “I would like to place on record my thanks to the management team at Doncaster racecourse for their meticulous planning for the festival.

“They have been working positively with us and have put in significant amount of hours and hard work to prepare for and manage the event. The latest development of how the festival is to be held is based on public health and public safety advice and that has to be heeded.”

Doncaster mayor Ros Jones, said: “I believe holding the St Leger festival behind closed doors is the right thing to do for the safety of the borough, given the latest change in government’s advice overnight and the increase in infection rates both in Doncaster and nationally.

“I welcome this decision and as I have said consistently that the risks were too great for Doncaster. Holding the St Leger festival as a government pilot caused confusion and gave mixed messages to the public around meeting people in various settings.

“I sympathise with the racecourse, those that have bought tickets and local businesses that benefit from the St Leger, but this is the right decision for Doncaster. There will be one day of the pilot event today and it will be managed professionally and with the council’s support.”

Health secretary Matt Hancock said: “The Prime Minister is going to set out more details of the consequences of the new rule for six people gathering.

“We’ll set out what that means for some of these events that we were planning to do.”

In August the planned pilot event on the final day of Glorious Goodwood was scuppered a day before the event, due to a rise in COVID-19 cases.

Pilot events are scheduled at Warwick on September 21 and the Cambridgeshire meeting at Newmarket, during September 24-26.