ANDREW ATKINSON looks ahead to the forthcoming behind closed doors four days 2021 Cheltenham Festival during March 16-19 with focus on the Gold Cup.

WILLIE Mullins trained nine-year-old Al Boum Photo’s tilt at a third consecutive win in the Cheltenham Gold Cup in March comes at a time when the Closutton, County Carlow based stables form is red hot.

Mullins’ preparation included a win at Tramore, prior to heading to Prestbury Park, in a bid to emulate stars including Arkle, Best Mate and Golden Miller as a three-time winner of the blue-riband event. Mullins, 64, entries on March 19, also include Kemboy, Melon and Allaho.

Trainer Henry de Bromhead’s A Plus Tard, a Cheltenham Festival winner, was placed in the Ryanair in 2020. De Bromhead other entry Minella Indo, who ran in the 2020 RSA Chase, fell in the Savills Chase.

Nicky Henderson’s Champ, who finished second on February 21 at Kempton, who won the 2020 RSA, is entered for the Cheltenham Gold Cup.

“We have decided to enter him in all of the possible targets at the Cheltenham Festival. The Champion Chase, Ryanair Chase and the Gold Cup.

“We still don’t know how far he will be dropped back down in trip so the Champion Chase comes into the equation, and he has got an entry for that.

“The Ryanair Chase is another race to consider, whilst the Gold Cup, given these uncertain times, could be an interesting race.

“With so much going on, entering in all three races just keeps our options open, then we’re not tied down to go one particular race.

“He could go there, or wait. I would like to look at the Gold Cup, but if all the others turn up we might side-step it and go for the National.

“He was third in the Gold Cup before and he is right up there on ratings. He has been to the Gold Cup a few times, but has not won it. If he goes there hopefully he can prove them all wrong this year.” 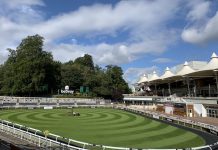 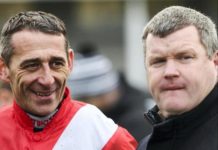 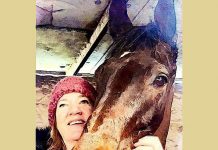