Clan Des Obeaux (5-2) gained an emphatic 26 lengths victory: “He was in great form. He stays and today brought the best out of him,” said Cobden. 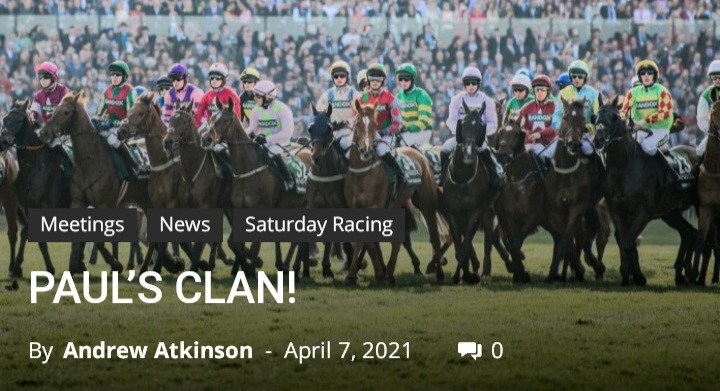 “We were left alone in front. Brilliant. The Cheekpieces were on, on the big day. It’s great to have him back in top form – he popped the last and took off,” added Cobden.

Nicholls said: “It was probably one of his best performances. An amazing day. It was good to get ‘Clan’ right today.” 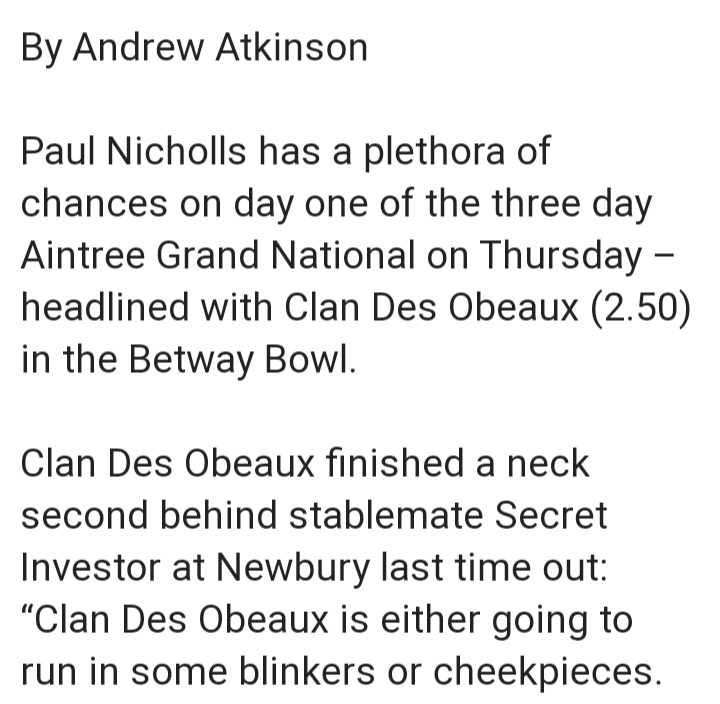