The £1m Randox Health Aintree Grand National, scheduled for April 4, has been cancelled, due to the coronavirus outbreak.

The three day Aintree meeting, set between April 2-4, has been postponed. It was planned to stage the world renowned National Hunt racing showcase behind closed doors.

However new UK Government measures announced on March 16 lead to the meeting being cancelled.

An announcement was made on March 16, that racing in Britain would go ahead – behind closed doors – from March 17, until the end of the month, at present.

Red Rum, trained by the late Ginger McCain, is the only three-times winner of the Aintree Grand National, winning in 1973, 1974 and 1977.

“We were working on a plan to stage the Grand National behind closed doors – given its importance to the racing industry and beyond,” said Sandy Dudgeon.

“Following the new government measures confirmed to help to tackle the coronavirus outbreak, this is not a viable option,” he said.

“I know this is hugely disappointing news for the many people who work in our sport – and the many millions who were looking forward to this year’s event.

“But, very sadly, these are exceptional times – and this is the responsible thing to do,” added Sandy Dudgeon.

Former jockey Christian Williams, trainer of Potters Corner, priced at 25-1, said: “It’s such a shame ‘Potter’ doesn’t get a chance to show everyone what we know he is capable of.”

Williams, who rode 339 winners, before his career was curtailed by injury, is based at Ogmore-by-Sea, near Bridgend, Wales, and works his horses on the beach, mirroring Grand National legendary horse Red Rum.

Ginger McCain working Red Rum on Southport beach was therapeutic, with the sea salt water curing him of what would ordinarily have been a career-ending bone disease.

Potters Corner, winner of the 2019 Coral Welsh Grand National at Chepstow, is owned by Wales rugby star Jonathan Davies in partnership with All Stars Sports Racing.

“It’s a nice thought, Red Rum and Potters Corner both getting ready for Aintree on the beach.

“It would be brilliant if the similarity didn’t end there,” said Williams, prior to the National cancellation.

“I never had a particular plan to train on a beach. We also go down through the Ewenny and Ogmore rivers.

“We’ve got the largest sand dunes in Europe to train on. The water is great for the horses’ legs and we can easily canter in deep sand for 20-30 minutes,” said Williams.

On the outbreak of coronavirus, Williams, who took out a trainer’s licence in 2017, said: “We at the yard pray that everyone can stay healthy at this tough time.”

We look forward to seeing all our loyal customers again, once the imposed movement put in place by the authorities, due to the coronavirus, is lifted. Keep safe. Quesada Fitness Gym. 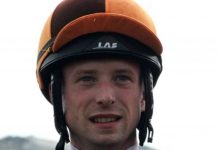 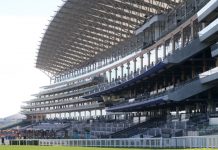 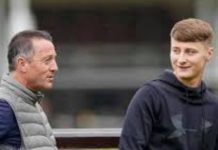