“I believe this is a result of poachers coming into the field and spooking them,” said David Easterby, son of trainer Mick.

Blue Spinnaker suffered horrific fatal injures, and nine yearlings were wounded after they apparently forced their way out of a field at Bulmer in Yorkshire.

The horse was a valued member of the team and was listed in the staff section of the racing firm’s website as a ‘nanny’ horse which looked after young horses.

“Poaching is rife at the moment. We don’t shoot hares so there are lots of them in the fields, as well as foxes as we encourage people not to shoot them. 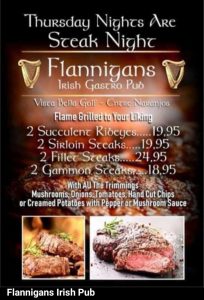 “This is the result of that. Blue Spinnaker was 21, so his days of running were over, but something spooked him enough to force his way out of a large field by pushing over a hung metal gate.

“Blue Spinnaker suffered horrific fatal injuries, and the young ones were all wounded. They were reported to us as being on the road in a state of shock,” said David.

The horse was found in a terrible state, and was put down: “I couldn’t leave him in agony.

“There are vehicle tracks in the field not belonging to us. Herds of horses generally do not panic in this way, unless they feel threatened.

“I have reported this to the police who will be coming to visit. It is difficult to catch poachers in the act, but I’d like to urge anyone who sees lights or vehicles in a field late at night, to please call 999.

“Poaching is a priority offence meaning you call 999 to report if you witness it in action.

“The more they are reported the better response we will get to having regular evening patrols. Poachers are unsavoury characters and can also be interested in farm contents, including tools and quad bikes, so the more deterred they feel the better for everyone,” he added.

A spokesperson for North Yorkshire Police said: “It’s clear that poachers have absolutely no regard for the senseless damage they inflict on animals, property, farmers and landowners.

“This awful incident would be another demonstration of the terrible impact that hare coursing can have in rural communities, which is why we treat all reports of this illegal activity in North Yorkshire so seriously.

“Anyone caught poaching in our area can expect to be summonsed to court, while those stopped in suspicious circumstances may be issued with a community protection notice, breaches of which will be prosecuted.

“We echo Mr Easterby’s call for all incidents to be reported. It’s important to emphasise that if poaching is taking place, that means a crime is in progress, and witnesses should call the police. 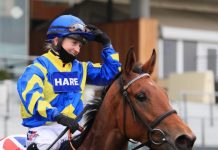 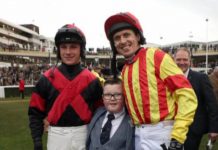 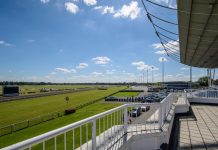