Michael O’Leary’s Gigginstown House Stud has sold 39 horses for over €500,000 at the Goffs UK September Sale at Doncaster.

Ryanair chief O’Leary, who announced he was slashing his string of horses, sold three horses to trainer Gordon Elliott, who returns to training after a six month ban.

Meath based Elliott was given a one-year ban, with the last six months suspended, after a photo emerged of him sitting on top of a dead horse earlier this year.

Smoking Gun and Mortal were both trained by Elliott for Gigginstown, but will now run in new colours for the three-time Grand National winning trainer.

Eddie O’Leary, Gigginstown’s racing manager, said of Elliott, 43: “He’s done his time and he’s behaved exemplary through it. “He’s learned a lot and he will come back bigger and better.

“He has changed in an awful lot of ways. This was never a welfare issue, this was a stupidity issue, and Gordon has done exactly as he said he would do.”

“This has been the case throughout the day with buyers at all levels bidding for a range of horses from a wide variety of vendors.

“These high-profile drafts have proven to be happy hunting grounds for those looking to buy future winners and we would like to extend our sincere thanks to Michael & Eddie O’Leary for once again entrusting their draft to Goffs UK and this sale.”

Elliott can make entries from September 9, after serving a ban from the dead horse photo incident sitting astride a dead horse on the gallops of his Cullentra House stable in Co Meath was published on social media in February.

Elliott who was banned by an Irish Horseracing Regulatory Board disciplinary hearing.

The Cheveley Park Stud and the Simon Munir-Isaac Souede partnership chose to remove their horses from Cullentra House.

A spokesperson for the IHRB said: “Following a meeting with the licensing committee, Gordon Elliott is free to make entries from September 9.”

Leading owners of Cheveley Park Stud removed their horses from Elliott’s stables, including the then unbeaten Envoi Allen, Sir Gerhard and Quilixios winners at the 2021 Cheltenham Festival under Rachael Blackmore.

Cheveley Park’s managing director Chris Richardson suggested to Sky Sports Racing that they will be staying with their current trainers.

“Willie Mullins and Henry de Bromhead have shown that they can train these horses as well as anybody.We look forward to them continuing to run and in their management.”

At the time of the ban being imposed and horses being removed Elliott said: “That was the lowest point throughout it all.

“I had worked very hard to source those horses, and then they were gone. Just like that.

Michael O’Leary’s Gigginstown House Stud made €584,000 in total from the sale. 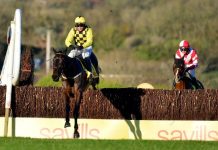 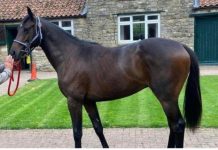 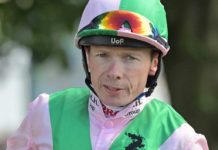