The 2020 Cheltenham Festival during March 10-13 could see a mouthwatering jockey’s title finale between Richard Johnson and Brian Hughes – going head-to-head to lift the crown.

Reigning champion NH jockey Johnson and Hughes are neck and neck vying for the 2019-20 title, decided in April.

Johnson and Hughes entered the week at Ayr, both on 105 winners, with nearest rivals Sam Twiston-Davies, 82, and Harry Skelton, 79. Bookies price up Hughes at evens, with Johnson 6-5. 66-1, bar.

Jockeys travel thousands of miles during a campaign and Johnson, 42, said: “Looking for winners is something every jockey is trying to do.

“It’s always a worthwhile trip – if you can have a winner.”

Hughes, 34, said: “I just want to get on and ride horses – what will be, will be. Richard is someone I’ve always looked up to.”

Asked if the meeting was to increase from four to five days Cheltenham chairman, Martin St Quinton, although happy with the present schedule, said: “I wouldn’t rule anything out.”

However, a spokesperson for Cheltenham Racecourse said: “We have no plans for a fifth day.

“As Martin said – we are very happy with our fantastic four day Festival.”

Champion’s Day on March 10 features four of the best Grade One jumps events of the season, including the Unibet Champion Hurdle.

Sprinter Sacre, aged 10, rolled back the years when winning the Queen Mother Champion Chase for a second time in 2016.

Also on the card is the Neptune Investment Management Novices’ Hurdle Grade One event, previously by Istabraq, Faugheen, Hardy Eustace and Simonsig.

The Sun Bets Stayers Hurdle,  over three-miles, saw Inglis Drever become the first, three-time winner of the race in 2008.

The Ryanair Chase Grade One, introduced to The Festival in 2005, has been won by Cue Card, Albertas Run and Imperial Commander in previous years.

Feature race, the Magners Cheltenham Gold Cup, is the most prestigious Chase in the world – won by Best Mate, Kauto Star and Arkle.

The Triumph Hurdle on Gold Cup day is the biggest race of the season for juveniles. The Vincent O’Brien County Hurdle, Martin Pipe Hurdle and The Grand Annual Chase are also on the card.

Image Twitter – Brian Hughes is level on winners with Richard Johnson and he’s pushing for the jockeys’ title. 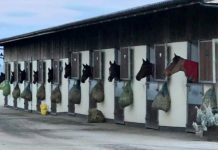 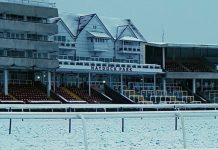 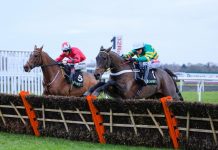